Every business has an “airline” story – do you know yours? 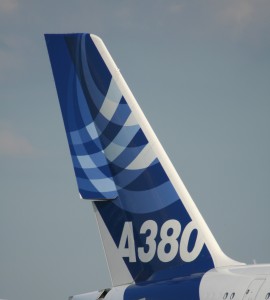 Everyone has a story of lost luggage, delayed flights, or that flight attendant with attitude.  And as customers, we can’t wait to share the experience with everyone – either in person or via social media.  What the experience is really telling us is how the particular brand of the organization is being perceived.  After all, if an airline advertized that they were experts in losing luggage, you wouldn’t be surprised when your expensive suitcase didn’t materialize on the baggage carousel.  There wouldn’t be a story.

Fly the Friendly Skies with United

In 2009, musician Dave Carroll flew United Airlines from Halifax to Chicago enroute to a concert tour in Nebraska.  While in Chicago, passengers observed United baggage handlers tossing and breaking guitars on the tarmac.  When Dave arrived in Nebraska, he confirmed that his $3,500 Taylor guitar had in fact been broken into pieces.  At the time, United had a brand promise of “come fly the friendly skies” and yet they were anything but friendly when Dave approached them for a reimbursement for the broken guitar.  He was met with indifferent employees, a lack of accountability, and a corporate culture focused on saving every penny.

After 9 months of excuses, Dave Carroll penned a song and created a video about his experience.  The video went viral, and today has almost 14 million views.  Dave’s song made him a media darling with interviews on CNN and Oprah.  The UK Daily Mail claims that all this attention drove United’s stock down 10% and cost the airline $180 million in shareholder value.  United’s organizational culture, focused exclusively on the bottom line, was totally misaligned with their promise to customers.

Cheap but Fun over at Southwest

In 1971, Southwest Airlines was started with one simple notion: “If you get your passengers to their destinations when they want to get there, on time, at the lowest possible fares, and make darn sure they have a good time doing it, people will fly your airline”. Similar to United they also have a focus on cost structure.  However, they have found ways to manage their bottom line through innovation and synergies.   For example, they were the first to eliminate paper tickets, and they only fly one type of plane reducing maintenance complexities.

Southwest also puts a huge emphasis on their corporate culture.  In contrast to United, viral videos of Southwest only enhance its relationship with customers.  Flight attendants have been captured rapping to customers, delivering hilarious safety instructions and dimming lights to offer a toast to a newly engaged couple.  This story is not only about wonderful customer experience, it’s also about a growing and profitable business as a result of brand alignment.

When you consider your brand, do you have the right corporate culture to support it?  Or are you creating opportunities for your customers to tell an “airline” story like Dave Carroll?  Use the Culture Connection Brand Checklist to test your current situation.  And if you’d like to tap into some amazing and inspiring airline stories fly on over here: WestJet Christmas Miracle http://bit.ly/RbZZc7   or Southwest Safety http://bit.ly/1nU0G7w