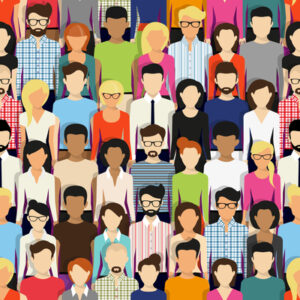 This fall is full of election frenzy, whether you’re in Canada or the United States.  In both countries, the federal government is the largest employer.

In Canada there are over 250,000 people working for the national employer. The next largest Canadian employers are George Weston (owners of Loblaws and Shoppers Drug Mart) at just over 200,000 employees and Onex at 192,000 employees. After that, things drop off dramatically with three banks checking in at approximately 75,000 employees each.

The same story is playing out in the United States where almost 2,750,000 people toil for their federal government. Next to the federal government, the largest companies in this country are Walmart which employs over 1.2 million Americans. Fast food companies Yum! Brands and MacDonald’s are the next largest organizations at 500,000 and 440,000 employees respectively.

Shareholders have a say

As voters in our respective countries, we act as shareholders to these large national organizations. We contribute to the direction of our countries based on the parties that we vote into power. Not only are we voting for the things that matter to each of us individually, we are also voting on the overall fabric of our country. Like shareholders, voters have a say in who will be the national CEO.

When you look back at Canadian political leaders we see how they have impacted the Canada we know today. Our roots of “fairness” started with Liberal Prime Minister Alexander Mckenzie back in the 1870s who brought in the secret ballot and the Supreme Court of Canada.

Despite two minority governments during his tenure, Lester B.Pearson’s focus on social reform birthed much about what is still a major part of Canadian culture.  He founded universal health care, student loans, bilingualism, the Canada Pension Plan, and Canada’s flag. He brought in the 40-hour work week, two weeks vacation time, and a new minimum wage. He also abolished capital punishment.

Pierre Elliott Trudeau continued the theme of a just society with the Charter of Rights and Freedoms along with official bilingualism. Brian Mulroney took on an economic mandate and introduced the highly impactful Canadian-US Free Trade Agreement.

During an election, voters have the opportunity to “hire” the executive team they believe will best position Canada in the future. Some will say there isn’t much difference between the three major parties when it comes to the vision for Canada. The difference lies in the how things get done. The how defines the culture in all organizations and that includes the federal government. The how includes the behaviors of the leaders along with the policies and processes that follow.

The Reputational Institute has just released its 2015 results with Canada ranked No. 1. Countries were assessed on a number of criteria including: appealing lifestyle, friendly and welcoming people, business environment, social and economic policies, international participation, safety and being an ethical country. This is a Canada worth keeping.