Culture in Crisis – Could Yours Survive the Fort McMurray Fire? 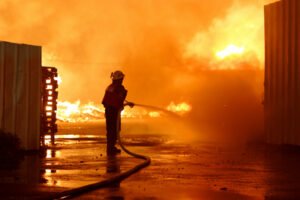 Canadians, and indeed people from all over the world, have been watching the devastating fires impacting the residents of Fort McMurray and the surrounding area. As the fires crept closer to the city, 80,000 people were evacuated, followed by the loss of homes, businesses and infrastructure.  A community devastated in so many ways.

It is during crisis that our cultures are tested to the max. Corporate cultures, community cultures, and government cultures are all exposed.  The actions of leaders tell the tale.

A poor culture suffers through crisis

It was not that long ago when the same audience was horrified to watch the crisis in the Gulf of Mexico when the BP Deepwater Horizon offshore oilrig exploded.  On April 20th, 2010 11 workers lost their lives and 17 others were injured. The explosion set the rig on fire and the underwater oil wellhead began leaking.  The platform ultimately sank and the oil flowed for 87 days releasing 4.9 million barrels of oil into the ocean.  The impact was both environmental and economic.

The response of the leaders at BP was to blame the contractors on the rig for the explosion. BP was slow to take accountability for the damage. In addition, this explosion highlighted the lack of focus on safety within the BP organization. And while there certainly was a financial impact to BP, there were also other ripple effects. Consider how recruitment might have been impacted; after all, who wants to work for a company that disregards employee safety.

A culture prepared for crisis

In January 1998, I experienced a crisis as well.  A major ice storm raged for five days in Eastern Ontario slamming homes and businesses into darkness. The storm broke 35,000 telecommunications poles, put 5,000 hydro transformers out of commission and collapsed 300 steel hydro towers. Crisis had arrived at our cable company. We had 14 months of work dumped in our laps in two days. And being the source of communications for our community the pressure to restore services was immense.

What tools helped us dig our way out of the ice-storm crisis? We fell back on the values our leadership team shared: teamwork, accountability, customer focus, respect and service. Because we deemed these values necessary for success, we’d built our organization around them.  If we’d had a culture of personal gain, risk aversion, and resistance to change, it would have taken us months to restore our services.

Instead I was never prouder of my team than I was as we pulled through that ice-storm crisis. We sourced every available, skilled body from across the company – even crews from New Brunswick. Sales people assumed accountability for supporting our affected employees. Team managers used their creativity and customer focus to create new processes that could meet the scale of the situation. The company value of communication overarched the efforts of all the teams.

For Fort McMurray, while the personal loss will be huge there is also an enormous impact to businesses. Many businesses have burned to the ground, employees have been displaced and customers are gone. For nearby oilsands operations who have relied on the residents of Fort McMurray a new plan will need to be developed.  For example, prior to the fire, just one bus line alone, Diversified Transportation, carried 14,000 passengers a day to and from oilsands plants.

Building for the future

It will take months if not years to replace the homes, businesses and damaged infrastructure. Leaders of local businesses will be challenged to find the route forward.  That route includes consideration for their employees and customers.  The test will be tough.  However, the culture of support, teamwork and resilience that appears to exist in the citizens of Fort McMurray will serve them well.

When you reflect on the culture of your company, is it ready for crisis? How might your culture be improved to successfully face crisis? What part of your organization needs the most focus today to prepare for tomorrow’s crisis?