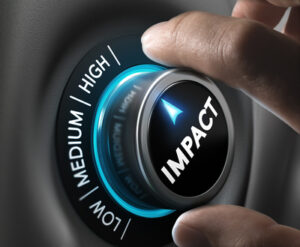 Make no mistake: the Olympic Games are big business, occurring every two years and ranging in budget from $1 billion to $51 billion. But despite the reports of cost and budget overruns that lead up to each game, at the end of the day, the Olympics draw almost 4 billion viewers worldwide. That’s more than double the number of users on Facebook!

What is it about the values of the Olympic Games that transcends business to bring people together in such a meaningful way? Why is it that the image we remember most is that of more than 200 National Athletic Associations standing peacefully under the symbol of the Olympic rings? Wouldn’t it be wonderful if outside of the Olympic Games this appearance of common ground was real?

In 2000 the members of the United Nations adopted an ambitious framework of 8 global goals. These goals range from halving extreme poverty rates, to halting the spread of HIV/AIDS and providing universal primary education. And while many governments and not-for-profits and been involved in the work, so have many for-profit businesses.

When economies thrive so do the communities around them. How is your business supporting the bigger picture of global success? Are you lifting local communities out of poverty?  Are you emphasizing the importance of global health care with your corporate social responsibility efforts?

If solving the issues of the world were as easy as bringing athletes together, or making global declarations we would have solved world peace many years ago.  The World Values Survey (WVS) has been doing some interesting work to better understand how the values of a nation are driving global development. The WVS has over the years demonstrated that people’s beliefs play a key role in economic development, the emergence and flourishing of democratic institutions, the rise of gender equality, and the extent to which societies have effective government. Through their survey they have been able to map the values of over 80 countries. You can check out where your country falls here.

As the values of a nation evolve the political will for change grows. Australia is an example of a country that has taken up the challenge to define the kind of country they want to be. They call their initiative The Big Conversation.  Over 2,000 Australians were engaged in a National Values Assessment. The survey highlighted that the country suffered from bureaucracy, blame and wasted resources. By focusing on reducing the costs and unproductive energy associated with these limiting values Australia hopes to put itself in a position of global competitiveness. This work has not been dumped on the government alone; the initiative is a call to all sectors to embrace the people’s desire to move away from these constraining attributes.

An Outward Ripple by Business

In the same manner, each of us has the ability to influence the cultures of other nations. In 1998, as a result of his first-grade project, young Ryan Hreljac decided to raise $70 to pay for a water well in Africa. Three years later, at the ripe age of 10, he created Ryan’s Well Foundation, which to date has helped build more than 1,090 water projects serving more than 864,768 Africans.

To change the world do we need to be a Ryan or lead a campaign on the scale of Australia’s Big Conversation? Absolutely not; these are heady challenges. However, we can align our values to make our world substantially better than it is today. If the athletes of hundreds of nations can stand together peacefully under the values of the Olympic Games, then better awareness and implementation of our personal values can certainly improve our communities and businesses-and indeed influence entire nations.

I encourage you to think about where you will make changes in your corporate culture to help influence the values of your community. How can your business contribute to a shift toward a stronger national culture? You see, it’s not that crazy to think that our organizations’ culture can impact the world. Together we can be the ripple in the pond and effect great change.