A Tale of Two Cultures 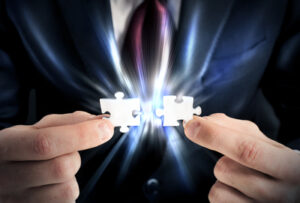 Mergers and acquisitions are exciting news in the lifecycle of a business.  It turns out that 2015 was a blockbuster of a year with over $5 trillion passing hands in the takeover business.  And 2016 is shaping up to be just as strong. These are just some of the recent headlines announcing acquisitions in 2016:

And yet, already some of the deals announced in 2015 have fallen through. According to a number of sources such as Bain and KPMG this is not surprising news. Both companies have studied merger and acquisition activity in great detail and report that the majority of deals fail to deliver the expected benefits.

Some mergers are huge such as those mentioned above, and others arrive in a smaller scale. Most of us have experienced some sort of operational consolidation, regionalization or partnering activity.  Typically the focus is on the financial assets involved and the promise of a better bottom line.  However, all of them touch people, the very core of our business.

I remember when Rogers Communications acquired MacLean-Hunter.  I was working in Ottawa and at the time Rogers was servicing one side of the city and MacLean-Hunter the other.  We had two of everything: two senior leadership teams, two call centres, and two engineering departments.  The opportunity for synergies and efficiencies was great.

Maclean-Hunter had a reputation as a disciplined, profitable and steeped in history organization. Employees felt proud to be part of this Canadian icon.  In their minds, the upstart Rogers had forced its way into their world when it should have been the other way around. We faced the challenge of merging two very different cultures. Our differences manifested most clearly in our two different approaches to upgrading the telecommunications network.

Maclean-Hunter was slow and steady; efficient and economic.  Rogers was fast and innovative, with large amounts of equipment and people to manage in a short period of time.  The ideal was “nothing but the latest and greatest” with the implication that cost didn’t matter. The Maclean-Hunter engineers were flabbergasted by the demands, confused by the approach and committed to maintaining a cost-effective rebuild.  The Rogers engineers pushed and pushed demanding faster designs and decisions.

Employees floundered, testing the waters on how to work with each other.  Eventually people sorted it out.  In the meantime however, subcultures continued to develop. Values that some people viewed positively; such as process, struck others as negative bureaucracy.  Getting things done required more and more effort, and productivity started to suffer.  Instead of strategically using the original culture of Rogers as a springboard for the future, we’d ignored the issue of culture – and now each organization had adopted a mish-mash of cultures.

Cultural misalignments can sabotage merger benefits. Here are four steps you can take to avoid this situation.

Slamming groups of people together and expecting them to work effectively is a huge challenge.  Getting it right requires a lot of insight and care. It starts by having a deep understanding of the cultures of the groups involved. How the work gets done is just as important as what gets done, even during an acquisition.

Have you considered the cultural differences between your company and any potential partners?  How can you more effectively bring merged employee groups together? What changes will you have to make to your current culture to ensure the success of a merged organization?