The U.S. Election – How a misalignment of values can rock your world 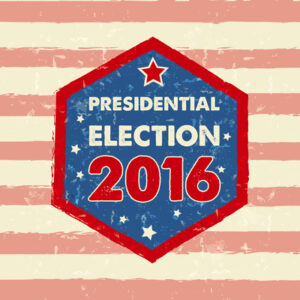 The U.S. is not in crisis, but it is in transition. This is a state many of our businesses experience as well whenever there’s a change in leadership. What we’re seeing in the U.S. is a leadership change under the magnifying glass.  And there’s a lot we can learn from this amplified viewpoint.

The anti-Trump reactions are not so much about the policies of the Republican Party as they are about the values of the leader – sexist, misogynist, discriminatory, inward-looking.  The protesters see a strong misalignment between their personal values and those demonstrated by their new leader. And they are spending enormous amounts of energy stressing, speaking and demonstrating about the situation. Have you ever seen this in your business?  When the values of the people in your organization are misaligned with the values and behaviors of the leaders, those people are less productive because they spend so much energy fighting and stressing about their environment.

Did pollsters ask the wrong question?

How did the pollsters get it so wrong? Have you done employee engagement survey after employee engagement survey telling you that you’re on track just as the pollsters stated to the Hillary Clinton campaign team?  Perhaps you’re not asking the right questions anymore.  When leaders assume they know how to “fix” the organization without getting a good handle on the issues, people start to feel disenfranchised.

A national culture survey done in the U.S. back in 2011 painted a picture of a country struggling. The most frequently used words Americans selected to describe the culture of their country included bureaucracy, corruption, crime/violence, and uncertainty about the future. And just as the national culture surveys of Iceland and Greece predicted their economic slumps, based on the American survey results I’m not surprised we’re seeing a U.S. that is not so united. How confident are you about the words your employees would use to describe the culture in your organization?

The U.S. is not the only country going through this divisive phase.  Brexit may have been a foreshadowing. And upcoming European elections are poised to shift the power of their governments as well.  There is a global movement afoot because the people don’t feel that they’re being listened to by any political leader.  Has this ever happened in your business?  When was the last time you took the time to meet and truly listen to your employees? Do you have a process by which their feedback is encouraged and then acted upon? Stephen R. Covey cautions that, “Most people don’t listen with the intent to understand; they listen with the intent to reply.”

The American people are unified in what they want. The what is a shared vision. We heard it over and over again during the election. Both parties championed for a great America.  What is in question today is the how. It’s the same for your business.  You want your company to be great; nobody would argue that point. How you get there is the big strategic question.

First, do you really know where you are today?  Is there hidden, pent-up frustration within your organization that is diverting the energy of your people? Are your employees as inspired and focused to achieve your goals as they could be? Don’t make the same mistake that many political parties are making by ignoring the cultural dimensions of their nations. Take a close and detailed look at your culture today! (And if you’re not sure how . . . . let’s talk)