Could your culture need surgery?

Over the past few years my husband has suffered from pain radiating down his legs. However, for someone who is active golfing and skiing, surgery seemed like a prison sentence. The mild painkillers appeared to be doing their job and life continued. Finally the day came when it became too painful to lift his grandson and so surgery started to look like a better alternative. He had reached the point where the pain of doing nothing was worse than the fear of having surgery.

Are you applying painkillers to your current culture?

Over the past few years the needle on employee engagement has risen only slightly. According to Gallup, the percentage of U.S. workers in 2015 who were engaged in their jobs averaged 32%. The data went on to say that the majority (50.8%) of employees were “not engaged,” while another 17.2% were “actively disengaged.” 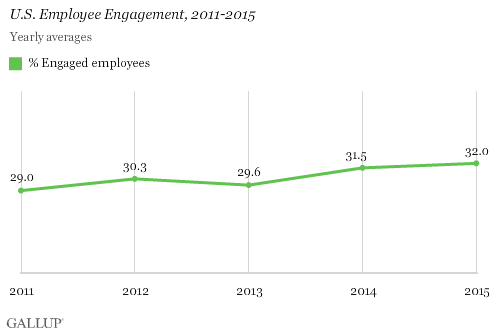 For many organizations this equates to a low grade fever. I believe the workplace is chronically ill and employees are struggling to generate energy. Leaders are moving through the halls and watching patients who have become numb to their environment. They accept the situation for what it is because the pain is just not that acute.

Is an emergency room in your future?

The danger of living with this managed pain is that it might blow up some day, just like an inflamed appendix. Think of Wells Fargo whose culture encouraged falsifying customer accounts. Or Volkswagen’s “no failure” culture which resulted in doctored vehicle emission data. And, BP’s profits over safety culture is being highlighted again in the Hollywood movie Deepwater Horizon. In each of these cases the employees, the bottom line, and future potential of the organization was impacted. Is it possible your culture has some hidden ailment waiting to be exposed?

The key is diagnostics

Whenever we feel less than 100 per cent we handle it in three ways. We can believe its temporary and wait for the episode to pass. If necessary we pop a cough drop or an Advil. Secondly, we can go to a doctor and get professional help. If necessary, a prescription for specific treatment of an ailment is provided. Thirdly, we see a specialist who runs a complete set of diagnostics to get to the root cause of the pain. In my husband’s case, the pain in his legs was being caused by a disc issue in his mid-back. It had nothing to do with his legs. I believe many leaders are still stuck managing the symptom of poor performance rather than discovering the deep rooted ailment that is obstructing progress.

Leaders continue to deliver employee engagement surveys, a tool that is becoming more and more antiquated. These surveys are like applying a topical cream to a re-occurring rash. Some leaders are getting more detailed diagnostics like employee turnover statistics. However, instead of delving deep into what might be causing this, they insist that HR recruiters do a better job finding candidates. This is like the patient who keeps returning to the doctor, convinced that the prescription isn’t right. What you really need is a full body MRI on your organization. Getting the big picture on the health of your organization is critical to success. We can help you get the right diagnosis with our globally recognized culture assessment tools.

Getting an accurate diagnosis is crucial to finding the correct cure for your ailment. In my husband’s case, all the MRI’s highlighted a specific point in his spinal canal where a nerve was being pinched.  Before the assessment he thought there was something wrong with his hips or legs. Working with a team of professionals, during and after the surgery, resulted in a full recovery. On a recent ski trip he commented on how much more he was enjoying his ski runs now that he was pain free. He hadn’t realized how much the previous chronic pain had crept in and affected his day.

The same is true in your workplace. Your culture has an everyday impact on the performance of your employees. Are you really willing to risk your organization’s health by ignoring what’s going on within?

Your teams can pass through their day, managing through pain that may not even be noticeable. Or, they can be truly pain free and soar through their tasks. Don’t end up in the emergency room like Wells Fargo, Volkswagen and BP. It’s time for some preventative medicine in order to ensure the fitness of your employees and the future of your organization. Make a commitment today to get a handle on the condition of your culture.