The Surprising Thing Women Want in a Workplace Culture

This week the world is celebrating International Women’s Day. The day focuses on women’s political, economic and cultural contribution to society across the globe. The UN has declared “#BeBoldForChange” as the theme for 2017. People are being encouraged to take action to help improve gender equality.

According to the latest data from Catalyst women remain under-represented in the workplace. The quest continues to discover the barriers to moving the frozen needle of progress in this area.  One of the oft heard complaints relates to culture. There have been stories of women “opting out” of the corporate world because of its inflexible draconian environment. More and more women are setting up their own businesses. According to 2012 US Census data, women owned 36% of all businesses, a 30% increase since 2007! 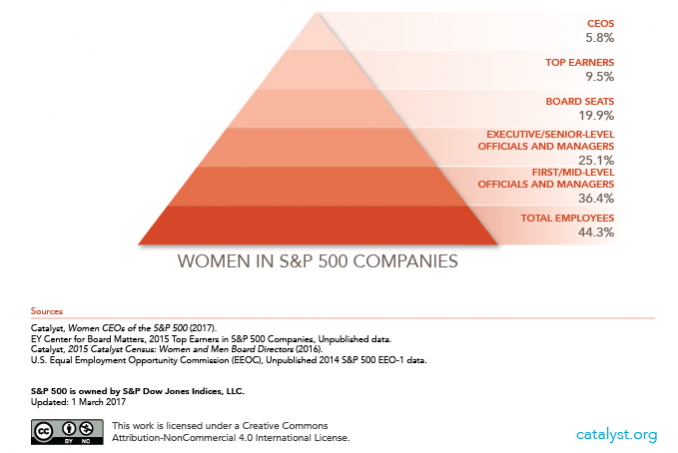 In 2016, corporate anthropologist Dr. Andrea Simon set out to discover what type of corporate culture woman want.  In a survey of 3,000 women and 3,000 men in the United States the results were surprisingly similar.  Both groups preferred a culture of collaboration, teamwork and a focus on people.  At the bottom of the list was a culture of hierarchy filled with rules, process and controls.

I came across a similar unexpected result when the Rogers Women’s Network championed a Catalyst survey within our own organization.  It was a benchmark survey across a variety of dimensions.  The demographic information included levels within the organization and gender.  The points of pain we women were feeling came through in the results.  Not surprising, since we were living them every day.  What was surprising was the number of males who were also feeling these points of pain.  Work life imbalance was just as much an issue for them as it was for our female population.

In a Forbes article where Dr. Simon shared the results of her survey, she said “If our data taught us anything, it is that men and women are both searching for a different culture with new values, beliefs and behaviors that enable them to achieve business results in a more collaborative environment.” And so it appears that if you take on the challenge to improve gender equality by creating a culture of inclusiveness and fairness you will also be making things better for all employees in your organization.

McKinsey has produced report after report demonstrating how companies with women executives outperform companies with no women at the top. In a world where CEO’s are constantly challenged to find ways to improve the bottom line, increasing the number of women in executive positions isn’t just an equality issue, it’s also good for business.

McKinsey also points out that one of the reasons for this improved performance lies with the leadership behaviors of women leaders. For example, according to the American Psychological Association women tend to have a more cooperative and participatory style of leading. And it’s the behaviors and beliefs of the leaders that shape the culture. Since we now know that both men and women want this type of collaborative environment, should we be surprised that women leaders are helping to more fully release the potential of their people?

A recent joint report by LeanIn.Org and McKinsey & Company titled Women in the Workplace 2016 found that seventy-eight percent of CEO’s claim gender diversity is a top priority.  This is up from fifty-six percent in 2012. However, only twenty-two percent of employees say that progress on gender diversity gets measured and reported.  It appears to be a challenge for CEO’s to put their commitment into action. This brings us back to International Women’s Day 2017 and the UN’s challenge to be bold and to take action.  You can find resources and learn more about taking up this challenge at www.internationalwomensday.com

How might your culture be impacting equality? Are you creating an inclusive and collaborative culture that will allow all your employees to contribute their very best to your organization? As you reflect on your business and your people against the backdrop of International Women’s Day, will you #BeBoldForChange?