Would You Spend $10 million to Advertise Your Culture? 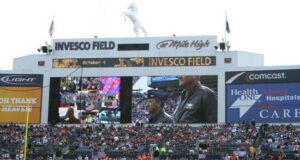 According to a study by Unilever, one in three consumers buy from brands that are doing social or environmental good. Gallup research shows that over 36% of job seekers say a company’s brand and reputation is very important to them. And, an aligned culture ensures brand integrity.

Smart organizations have recognized this shift in consumer and employee demands. And some have stepped it up and are spending over $5 million dollars on 30 second ads to get the message out. That’s how competitive branding and culture have become. Would you spend $5 million dollars to talk about your culture, purpose and vision on television? Here’s three companies who did it during Super Bowl LII where every 30 seconds came with a price tag of $5 million.

1a) Toyota – We may know them as a car company, but this year Toyota dropped the car advertisements and went higher. They chose to highlight the overarching corporate vision and not a single car. In their ad, Mobility Anthem, they call out their vision: to make movement better for everyone. They are publicly articulating a purpose that all their employees can get behind. And they are connecting to their consumers by tapping into their desire to partner with a company who has a higher mission than just pumping out cars.

1b) Toyota followed that ad up with a second one called Good Odds. This ad also positions Toyota with mobility as it follows the path of Canadian Lauren Woolstencroft. Despite being born without legs below the knee and no left arm below the elbow she has won gold 8 times at the Paralympic Games. I’m sure Toyota employees are very proud to be part of a company that supports amateur Paralympic athletes in such a huge way as they do. Spoiler alert – not a single car in this ad either.

2) Budweiser chose to talk about their corporate social responsibility commitment. They focused on their employees in their 60 second Stand By You spot. Yep, no Clydesdale horses or cute puppies this year. Instead the ad showcases employees of the Cartersville Budweiser Brewery shutting down the beer manufacturing line to produce cans of water for American regions impacted by hurricanes and wildfires. Their promise – to stand by you. I really hope they’re actually doing that for both their customers and employees because if talk and action doesn’t match the message, this could be a very expensive backfire.

3) Hyundai also purchased 60 seconds of air time for $10 million. Their Hope Detector ad tells the story of how Hyundai owners are helping the company support pediatric cancer. The commercial was shot using real customers during a Hyundai Super Bowl event. The company’s Hope on Wheels program has been around for 20 years but has gone by largely unnoticed. Now, because customers and employees are demanding it, Hyundai wants people to know they aren’t just producing great cars. They are a great company that just happens to sell cars. Are they stepping into the realm of conscious capitalism where the bottom line is only important in that it fuels important work like pediatric cancer research?

These three companies have put their reputation on the line. After all, employees and customers can be quick to dispute and dispel the message these days via social media. (Note: Toyota has been a perennial on the Top 100 Places to Work lists).

Culture is the next frontier of competitive advantage. This is true not only when battling for top talent, it’s also true when it comes to market share. Toyota, Budweiser and Hyundai are showing us how they’re leveraging it. Are you ready to put your culture up for a Super Bowl sized review? If that’s a scary thought, then maybe it’s time to pay more attention to your culture because you can be sure that Toyota, Budweiser and Hyundai aren’t the only ones promoting their culture.