How to Optimize Your Organization’s Gifts and Energy 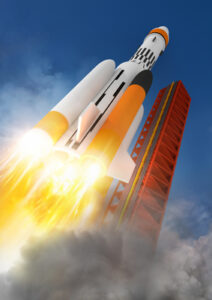 During my years as a corporate executive, I remember the endless efforts and pressure to deliver better results. Our weekly performance dashboards were full of customer satisfaction metrics and cost related KPI’s. Process re-engineering was on ongoing activity with obsessed Six Sigma black belters. Despite good intentions, these various areas of focus still resulted in poor performing business units. The missing piece to all of this was attention to human assets. We had failed to adhere to the wise advice of a famous sage:

“All things will be produced in superior quantity and quality, and with greater ease, when each man works at a single occupation, in accordance with his natural gifts, and at the right moment, without meddling with anything else”. (Any guesses as to who said this?  Read on, the answer follows shortly)

This was the case when I was brought in to turn around a poor performing division. The employees all wanted to perform well but years of being reported at the bottom of the heap had taken its toll. They were discouraged, downtrodden, and in survival mode as they saw colleagues lose their jobs over night. It was clear that there was a lot of work to be done on the environment of the workplace.

Today, it’s culture that is proving to be the new competitive frontier. The research is in and companies with strong, positive and aligned cultures are delivering better bottom lines. With the average Fortune 500 company lifespan reduced to less than 15 years, your culture is key to survival.

You don’t have to be the leader of a poor performing unit to put culture at the top of your strategic initiatives. Accepting the status quo as okay will have those who are purposefully managing their culture race past you. Author of The Obstacle is the Way, the Ancient Art of Turning Adversity into Advantage, Ryan Holiday says “We only have so much energy for our work, for our relationships, for ourselves. A smart person understands this and guards it carefully. Meanwhile, idiots focus on marginal productivity hacks and gains while they leak out energy each passing day”.

By mining our culture, we were able to identify the pent up potential of our people. We were also able to dig down into the root causes of the barriers to performance. During my time transforming that poor performing unit we worked on initiatives to drive out limiting values such as blame, confusion, and control. At the same time we brought in more emphasis on collaboration, coaching and technology. This resulted in a refocus of the limited individual buckets of energy from complaining, destructive behaviors and just going through the motions, to re-energized, forward looking and innovative thinking.

Adding cultural entropy (the measure of unproductive energy) to your dashboards, along with progress reports on your culture initiatives will help ensure that your human assets don’t get forgotten. This will make culture, which many feel intangible, very tangible. And we all know that what gets measured, gets managed.

You Are Not Alone

If you haven’t spent time working on your culture, you are not alone.

Clearly, the opportunity to gain a competitive advantage by focusing on your culture is huge. And, don’t forget that beyond the organizational responsibility to deliver a better bottom line, we also have the responsibility to release the potential of our people. You can do both by being committed to creating the best possible environment for your employees. Ignite your culture starting today.