Who Moved Our Future and Where Has It Gone? 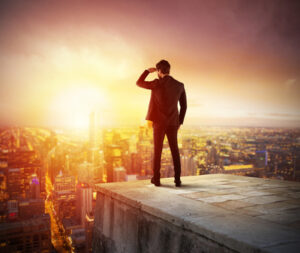 In this era of disruption, volatility and an increasing shortage of talent, the future is becoming more and more challenging to predict. Trying to discern where your organization will be in 10 years is complex and at times overwhelming. It’s easy to get stuck.

Who Moved My Cheese?: An A-Mazing Way to Deal with Change in Your Work and in Your Life is a book that was written back in 1998 by Spencer Johnson. Twenty years later this business classic is still relevant and perhaps even more applicable during today’s era of disruption and volatility.

International Leadership Speaker Michelle Ray addresses the challenge of change too. Although she would categorize change as either a challenge or an opportunity, it depends on how you frame it. She states that what’s most important is to move. She highlights that for organizations who have disappeared, it’s not as if they made the wrong move, it’s just that they didn’t move.

There’s an enemy at the gates of your organization. His name is status quo. You wouldn’t recognize him as the enemy — he’s friendly, comfortable and easy to get along with. He’s always there as you put together another annual budget with the standard increase to the bottom line. He encourages you to take on yet another reorganization or one more cost-cutting program. He reminds you over and over again how good things are going at the office.

Wake up! The reason status quo is hanging out with you is because he’s been kicked out of other organizations, your competitors’ organizations. They’ve made a move. They’re not satisfied with good, because good isn’t good enough anymore. And that’s especially true when it comes to corporate culture.

Status quo sneaks up on you just like a bad cold. Here are three symptoms that your culture may be suffering.

I’ve experienced all of these symptoms during my time in corporate Canada. Back then we could afford to walk hand-in-hand with status quo. But things have changed and it’s time to make new friends. In fact, it’s time to boot the status quo to the curbside and reboot and energize your efforts to strengthen your culture.

Mark Twain once said “Everyone talks about the weather, but nobody does anything about it.” In the business world everyone talks about improving the bottom line, but only those who attack it by dealing with their corporate culture are seeing the sunshine of significant growth. These leaders are seeding the rain clouds and ending the financial drought by reducing turnover, improving productivity and removing the barriers to their strategic plans. It doesn’t matter whether you get your data from Gallup, AON Hewitt or Great Place to Work Companies with a focus on their culture are seeing higher-than-average stock market growth based on better financial performance.

The future and you

The future is here. It probably looks a lot different than you thought it would 10 years ago. In a world of bright transparency, culture is now your greatest asset or your greatest liability. What change do you have to make?