Ignite Your Culture to Fuel Your People, Profit, and Potential!!

A good strategy isn't enough anymore. The most successful business leaders know an aligned and vibrant workplace culture is necessary in order to bring it to life. Carol Ring's 6 Step Process illuminates leaders and helps them consciously design their culture for success. 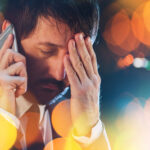 Canada’s federal police force, the Royal Canadian Mounted Police (RCMP), has been the subject of several headlines recently. Two reports were released dealing once again with the issue of workplace harassment.  A third report conducted by the Auditor General found that the RCMP leadership had failed to fund and fully implement their 2014 Mental Health Strategy. These are just the latest in a series of reports that have been conducted as the … END_OF_DOCUMENT_TOKEN_TO_BE_REPLACED

Get the Latest News, Tools and Insights

Stay up to date on organizational culture via our Fuel for Thought updates. Plus you will receive our complimentary Leadership Impact Guide.
Thanks for signing up!

Let’s Talk About Your Event

"We were thrilled to have Carol Ring as our opening speaker for the season. Her presentation was practical and thought-provoking"

Carol is available for Keynotes, Workshops and Consulting