Today’s business model is changing. Is your culture keeping up? 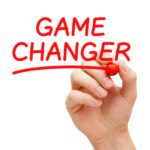 In 1970 influential Nobel Prize-winning economist Milton Friedman declared that the main purpose of business is to increase profits for its shareholders. This has resulted in a sharp focus on short-term shareholder returns with stock-based remuneration for CEOs. In this type of an organization, customer service, employee engagement and corporate philanthropy are seen as a means to higher profits.

Almost every company I’ve worked for, and with, has had this focus. After all, if there are no profits, there is no payroll.  For 50 years we have operated very successfully within this form of capitalism.

However, with recent market meltdowns, accounting scandals and ethic breaches do you feel business leaders have somehow lost their way? Today’s thought leaders, like Bill Gates, Richard Branson, and Michael Porter are doing a second examination of the business model. According to B Lab founders Jay Coen Gilbert, Bart Houlahan and Andrew Kassoy, the current system of shareholder wealth maximization is both socially harmful and outdated.

Under stakeholder capitalism, the purpose of business is to simultaneously improve social and shareholder value. John Mackay, CEO of Whole Foods, says, “Making high profits is the means to the end of fulfilling Whole Foods’ core business mission. We want to improve the health and well-being of everyone on the planet through higher-quality foods and better nutrition, and we can’t fulfill this mission unless we are highly profitable.”

A triple P focus gets a B

Under this new model of stakeholder capitalism, organizations focus on a triple P bottom line: profits, people and planet. The concept was made popular in John Elkington’s book Cannibals with Forks. In Jay Cohen Gilbert’s thought provoking TED talk (which I highly recommend), he challenges business leaders to use business as a tool for social change.

Now you may say all we’re seeing is a slight increase in corporate social responsibility and mainly as a marketing tool.  And yes, consumers are demanding it. However there is also pressure coming from the largest force in the labour market. According to a 2016 report by Deloitte, 70 per cent of millennials say a company’s commitment to community has an influence on their decision to work there.  Even investors are getting onboard.

Today, over 1,650 companies around the world have obtained this certification. The list includes Etsy, BDC, Nova Sun Power, Hootsuite, Pantagonia and Ben & Jerry’s. If this is the path to a new standard of doing business, how ready are you to lead your organization forward? Most importantly, do you know if you have an organizational culture ready to support and sustain this new way of working?

I believe now is the time to bring our businesses to life in a way that returns meaning and purpose to our people and our communities. It’s time to get a B!